This past Sunday was Ottawa’s Pride Parade.

Unfortunately, by the time my daughter and I finally made it to City Hall, the parade was over and we only got to see the last float. I was pretty bummed but I was able to take a few pictures.

While I was doing that, a few photographers came and asked if they could take a picture of us. We said, sure. We posed for a few pictures for different photographers and then it dawned on me. It was Pride. They thought we were a couple! I finally understood why we were getting compliments right and left. People really liked that we were all colour-coordinated and that we were both wearing hats. Everywhere we went, people would smile at us and say something nice to us :)

My best friend – a non-Ottawan and American at that, asked me if the parade was some sort of protest or if they were fighting for their rights or something.

I said, dude, our Mayor was in one of the floats! He’s there every year. Because we’re cool like that! The Parade is just the culmination of Capital Pride, a week long celebration of equality and love.

Then we headed for the Byward Market because I had seen a tweet about a street sale. We walked around but couldn’t find anything that looked like a street sale. However, I did get a few nice pictures of the Farmer’s market and then we ended up watching The Engagement Ring Show. It is a comedy circus show performed in a busker-like way. I highly recommend it. The guy is quite accomplished and has several medals under his belt. 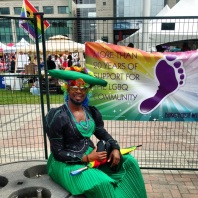 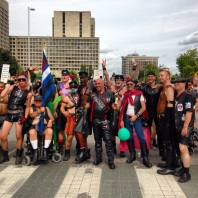 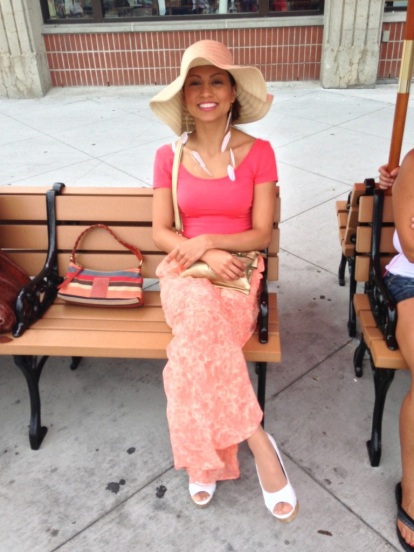 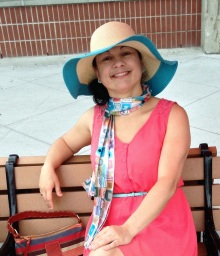 Paul, from The Engagement Ring 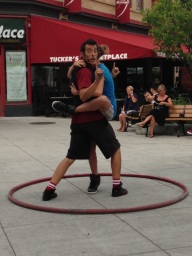